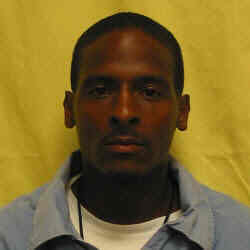 In August of 2000, Sanks and his 16 year old girlfriend Tamica had a 13 month old daughter named Khyaire. Because Tamica was only 16 years old, she did not live with Sanks, and because she and her own mother had some difficulties in their relationship, Tamica was living with Sanks’ mother. The morning of the murder, Tamica gave Khyaire a bath and got her dressed for the day. Khyaire was healthy and happy, with no injuries or bruising.

Sanks’ older brother watched the baby while Tamica did laundry. At around 2pm she got back from the laundromat and gave Khyaire another bath. Again, the child was in good health with no injuries and no bruising. Tamica then got ready for work. Tamica worked from 3:30-7:30pm at a senior care facility. Tamica called Sanks to ask him for cab fare to get to work, and he asked if he could babysit Khyaire for the afternoon. Tragically, Tamica agreed. She took Khyaire over to Sanks’ apartment in the cab, gave him instructions on feeding her and getting her a nap, and then went to work.

Unbeknownst to Tamica, Sanks had another girlfriend in the apartment building. 17 year old Tisheena had spent the night, but was out when Tamica dropped Khyaire off. Tisheena came back to the apartment around 4pm and Khyaire was uninjured at that time. When she left around 6pm, the child was still uninjured and now alone with Sanks. A friend of Sanks, Ladon Huff, was also at the apartment with the two. The three of them made plans to meet up later that evening. Ladon left shortly after Tisheena. When he left, Sanks was ironing some clothes and getting ready to go out on the town.

Tamica got done early that day, and at just after 7pm took another cab back to Sanks’ apartment. She was hoping to spend the night, but was unsure how Sanks would feel about that so she asked the cab driver to wait. Sanks answered the door, but before she could ask about spending the night, he told her he was going out. He agreed to pay the cab driver and she walked inside.

Knowing that Khyaire needed a nap, Tamica was not initially concerned when she didn’t see or hear her daughter. Khyaire had already started walking and would usually have come to greet her mother. When she went into the bedroom of the small apartment she found Khyaire on the floor gasping for breath. Khyaire’s face was turning blue, she was bleeding from her mouth and her eyes were rolling back into her head. Tamica also noticed extensive bruising to the child’s face and back. As she called 911 for help, Tamica turned to ask Sanks what had happened, but he was already gone.

The 911 operator gave her instructions and Tamica attempted to give Khyaire CPR until the paramedics arrived. Khyiare’s gasping could be heard in the background on the 911 call. Upon arrival, the paramedics found the child in full cardiac arrest. The paramedics attempted to resuscitate her as they transported her to the hospital, but Khyaire died shortly after arriving.

The autopsy revealed Khyaire was covered in bruises and that her stomach was bloating as a result of her internal injuries. She suffered extensive liver lacerations, cardiac bruising, pulmonary contusions, multiple rib fractures, pneumohemothorax, skull fractures, fractures of her vertebrae and epidural spinal cord hemorrhage. The immediate cause of death was the injury to the liver which was described as having been “devastated” by one witness. The coroner stated that her injuries were the kind you would expect in a bad car crash and that they were the result of the intentional use of severe force.

It is unknown when during the hour and a half window that he was alone with Khyaire that he savagely beat the child. The coroner stated that with the injuries he inflicted she would not have lived more than an hour or so. He did not seek treatment or help for his baby. He just left without a word.

Sanks was originally indicted for Capital Murder, but entered into a plea agreement whereby he pleaded guilty to straight murder in exchange for dismissal of the death penalty specification.
An infant should feel safest and most secure when in the arms of her parent. By all accounts, Khyaire adored her father and was happy when she was with him. She trusted him and he betrayed that trust. We may never know what precipitated his violent onslaught, but what we do know is that no amount of provocation can explain what he did. The extent of Khyaire’s injuries can only be explained by multiple, extremely forceful blows. Put simply, Sanks beat his infant daughter to death.

When the State agreed to dismiss the death penalty specification Sanks received the only reduction in sentence he should ever get. For the brutal murder of his own daughter, Sanks deserves to spend the rest of his life in prison. The Hamilton County Prosecutors Office strongly opposes early release for Antoine Sanks.