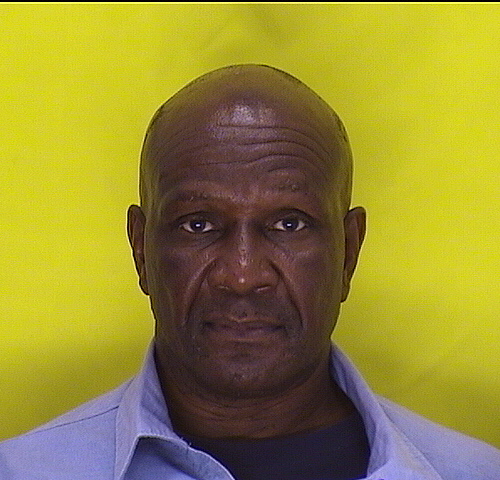 On the evening of the offenses, the victim, a nursing student, had been studying for exams before going to sleep around 11:00p.m. in her third floor apartment. Unbeknownst to her, Davenport climbed a porch at the back of the building and entered through the bedroom window of another young woman. Fortunately for her, she was not home at the time. From there, he found a door that led to her apartment.

At approximately 4:00a.m. she heard noises coming from her kitchen and got up to investigate. In the doorway of the kitchen she came face-to-face with Davenport. She started to tell him to leave, but Davenport told her to shut up, put a pistol against her left temple, cocked the hammer and pushed her back into the bathroom. There, he ordered her to take off her pajama pants, which she did, and he forced her to lie face down on the floor. Davenport then attempted to anally rape her, but suddenly stopped and demanded money from her.

Davenport then pressed the gun against her head and forced her to perform fellatio on him. He then made her take off her pajama top, had her lie down on the bathroom floor and vaginally raped her. He alternated forcing her into different positions. While she was on her knees she noticed that he had set the pistol down on the floor. He then ordered her to stand. When he started bending down to retrieve the pistol, she saw her chance to escape and she took it. She ran naked and screaming through the building to the second floor of another young woman. She desperately and frantically pounded on the door, screaming for help until the woman opened the door and let her in.

In one of his appeals, the First District Court of Appeals affirmed the trial court’s finding that Davenport was likely commit future sexually-oriented crimes. Specifically, the Court found “(1) testing had revealed Davenport’s hostility and antisocial behavior;(2) Davenport had committed numerous sexual offenses and rule violations while in prison, including inducing other inmates to perform acts for sexual gratification, engaging in physical contact with other inmates for the purpose of sexually arousing and gratifying one another, beating and threatening to stab another inmate for refusing to cooperate in sex acts, assaulting and fighting with other inmates, disobeying orders, and refusing to carry out work assignments; (3) the Static-99 test placed Davenport in the high-risk category for re-offending; (4) Davenport had displayed cruelty toward the victim of his offenses;(5) Davenport had used a gun in the commission of the offenses; and (6) Davenport had prior convictions for violent offenses including two assault convictions.”

Additionally, the passage of time has not diminished the emotional and psychological damage inflicted on the victim. The victim still continues to suffer from extreme emotional trauma due to Davenport raping her. She lives in constant fear the Davenport will get out of prison, find her and finish what he started that night. This has caused her to move repeatedly, even to go so far as moving to Alaska.

Davenport is the textbook definition of sexual predator, a fact he has continued to prove during his time in prison being “rehabilitated.” No length of incarceration can ever repair the damage he did to the victim, but keeping him in prison can at least prevent him from doing the same thing to someone else as courts have found he is likely to do. For these reasons, this office continues to strongly oppose early release for Arvil Davenport.