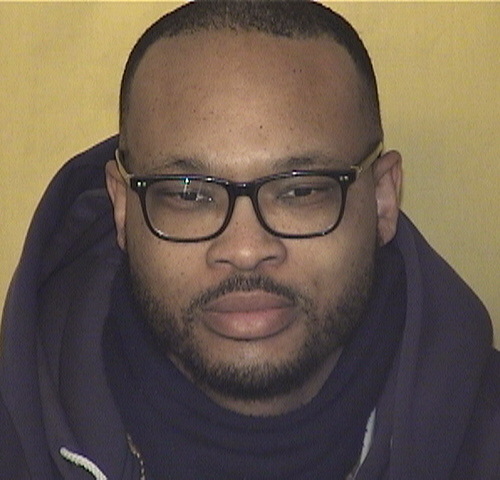 James Hillman was the owner of a multi-family dwelling located at 3509 Burnet Avenue that he rented to various tenants. Hillman took pride in the ownership of his property and diligently removed the bottles and other miscellaneous trash that constantly accumulated thereon. Hillman’s property was littered by people in the neighborhood who had gathered on and near Hillman’s property to converse, drink beer, and play loud music. This was a regular occurrence and the subject of many complaints Hillman lodged with the police. In fact, in the week prior to March 8, 2000, Hillman met formally with District Four police to formulate a plan to solve this loitering problem.

At about 11:00 a.m. on March 8, 2000, Hillman arrived at his Burnet Avenue property in his 1984 Chevrolet pick-up truck, accompanied by his longtime friend and maintenance worker, Raymont Willis, Jr. Hillman parked his truck in the rear of the apartment building. Upon arrival, there was the usual crowd of people gathered on and about the property. Garbage was strewn everywhere. People were talking loudly, playing loud music, drinking alcohol and smoking marijuana. Hillman politely asked the crowd to leave. Some did but others refused. Instead, they shouted curse words at Hillman. Hillman threatened to call police.

There were four males sitting in a maroon Mercury Sable station wagon which was parked on Rockdale by Hillman’s property. They were identified as Omar Hassan, sitting in the driver’s seat; his brother, Abdul Hassan, sitting directly behind him in the back seat; defendant, Christopher Roley, sitting in the front passenger seat; and, Larry Roland, sitting behind Roley in the back seat. These four individuals refused to obey Hillman’s request for them to leave. They responded to Hillman’s request by playing their music louder.

After picking up some of the liter, Hillman walked up the driveway toward his truck and called the police on his cellular telephone at 11:14 a.m. As he did this, someone hurled a bottle at him. The bottle landed just behind Hillman’s leg and broke, shattering glass and debris onto his back leg. Roley added further insult to the bottle incident by responding to Hillman in a threatening tone, yelling, “if I go to jail, I’m going to blow this bitch up.” At his point, Hillman became angry and retrieved a machete from his truck and confronted Roley and the other three individuals in the station wagon, and said “all I asked was for y’all to do was get off my property.” The car containing Roley and the other three occupants abruptly pulled away, squealing its tires as it left.

At this time, the crowd dispersed and tensions cooled. Hillman stood on the sidewalk talking with Willis, a young child and her mother. Several minutes after the incident, Officer Michael Durrah from the Cincinnati Police Department responded to Hillman’s call. Officer Durrah took a report of the incident and left the scene at 11:30 a.m.

After Officer Durrah left the scene, witnesses saw the maroon station wagon, with Roley still in the front passenger seat, driving around the area. Hillman, meanwhile, walked back to his truck and was leaning inside it when Roley, who was identified by an eyewitness, approached Hillman from behind the driver’s side door and “tapped” on him twice. In feeling the “tap,” Hillman stood upright and turned towards Roley, who fired at least two successive shots from a gun at Hillman. Hillman slumped to the ground next to his truck. Roley immediately fled the area. James Hillman died a short time later.

For the coldblooded murder of James Hillman, Roley deserves to spend the rest of his in prison. The Hamilton County Prosecutors Office strongly opposes early release for Christopher Roley.