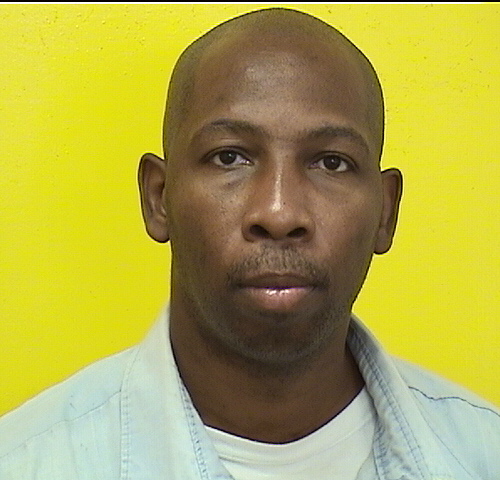 In the first robbery-murder, Coleman and his friend Nathaniel Reece attacked Peyton Evans on the sidewalk in downtown Cincinnati. Coleman beat Peyton in the head with a baseball so viciously that he broke the bat and a piece of it was found nearby. Peyton’s unconscious body was found at approximately 5:00 a.m. by a passing sanitation worker. He was rushed to the hospital, but it was too late and he died from his injuries. A portion of his wallet was found around the corner from the scene. He wife testified that Peyton had $7.30 on him when he was killed.

The next day, Coleman and Reece took two friends to the scene of that murder so they could point out the fresh blood stain on the concrete. Coleman bragged this was the place “where he knocked the mother-fucker out.” Later on that same evening, the group was near Music Hall following a man Coleman and Reece intended to beat up. At the last moment, Coleman stopped following that man and focused his attention on a couple walking down the street together.

Moisey Shtrom and his wife Eugenia had immigrated to the United States from the Soviet Union in 1979 and had settled in Cincinnati. The couple was walking to their car after watching a ballet performance. As he walked past the couple, Coleman ripped a necklace from Eugenia’s neck and threw it to the ground. At 4’11”, Moisey was not prepared to repel the attacker, so he hurried his wife into their car.

As Moisey tried to get into the car himself, Reece threw a brick or large piece of concrete at him. The brick hit Moisey in the head, knocking him unconscious and sending him to the ground. Eugenia watched in horror as Coleman then picked up the brick and smashed it into Moisey’s head at least two more times as he lay there unconscious. He took Moisey’s wallet which had eight dollars in it.

Coleman initially ran away, but returned and turned his attention to Eugenia who had locked herself in the car. He used the brick to shatter the passenger side window so that he could take her purse. The purse had less than twenty dollars in it. Moisey managed to live long enough to make it to the hospital, but died shortly after arriving.

As they ran away from the scene, they encountered someone they knew and Coleman bragged that “we just knocked this white mother-fucker off.” In the days that followed, Coleman continued to brag about his killings and laugh about efforts to find him. In his arrogance, he went to the police station to “clear up some rumors” that he had been involved. He denied killing anyone, but admitted knocking a black man unconscious. When shown a picture of the Peyton Evans’ murder scene, Coleman told police that was the spot where someone “got his wig split with a baseball bat.”

Coleman described himself as a ruthless person, angry with the world who was on a “mission” to “whop on anybody that talk[ed] back” to them. While he did not say what prompted killing Evans, what happened to the Shtroms occurred because Mrs. Shtrom looked at him after he bumped into her.

Coleman is a remorseless, cold blooded murderer who deserves to spend the rest of his life behind bars. Coleman was originally sentenced to 80 years to LIFE because of the heinous nature of his crimes. With the passage of S.B. 256, and the subsequent amendment to the sentencing statutes, 50 years has already been shaved off his minimum sentence. To release him at the first possible opportunity would re-victimize Peyton and Moisey’s families, particularly Eugenia who watched as Coleman ruthlessly beat her husband to death. This State of Ohio strongly opposes early release for Clarence Coleman.