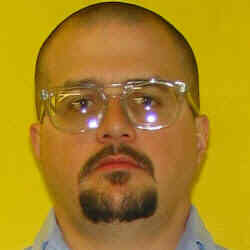 On May 22, 1994, Maria Olberding was 27 years old and had just moved to a new home to be in a safer neighborhood. Her friends described her as a vibrant, outgoing woman who worked as a marketing representative for a local water park. Full of energy and drive, Maria was training for the Boston Marathon when she went for a run that evening.

Kohls a student at a Catholic high school lived in nearby Hyde Park, an affluent suburb of Cincinnati. After finishing dinner with his parents, Kohls excused himself from the table and went to his room. There he selected a 13” butcher’s knife with an 8” blade from his knife collection, carefully concealed it in his pants, put a ski mask in his pocket and left the house to find someone to rob. Kohls had quit his job the day before and figured robbery was an easy way to make some money.

Their paths crossed when Kohls spotted Maria, who was wearing jogging attire, in a convenient store. He followed her when she left the store and began walking back to her house. When she turned onto a side street, he saw his opportunity to strike. He drew his knife, but instead of using it to scare Maria into giving him money, he attacked.

A witness in a car saw Kohls knock Maria to the ground, get on top of her, and strike down on her with great force. The witness thought Kohls was just using his fists, but in reality Kohls was stabbing Maria 4 times in the back. He struck with such force that he drove the 8” blade of his butcher’s knife through her liver, then through her right adrenal gland, before piercing her lungs. He buried the knife into her up to its handle.

When Kohls saw the car, he threw the knife and took off running. Miraculously, Maria managed to get to her feet and yelled at the witness, “Help me. He stabbed me. He stabbed me.” Not realizing the severity of her wounds, the man caught up with Kohls in his car, retrieved a pistol and yelled at him to stop. He walked Kohls back to the scene at gunpoint and held him there until police arrived.

In the meantime, Maria managed to stagger across the street, leaving a trail of blood to where she collapsed in front of a small home. The residents of the home heard Maria’s screams inside, and called 911. Paramedics arrived and rushed her to the hospital. Maria was a fighter, and she held on for two more hours before she died from the massive internal injuries.

Kohls was sentenced to LIFE in prison and that is exactly where he belongs. He is now only 44 years old and should not be allowed to live the life that he stole from Maria Olberding. The Hamilton County Prosecutors Office strongly opposes early release for David Kohls.