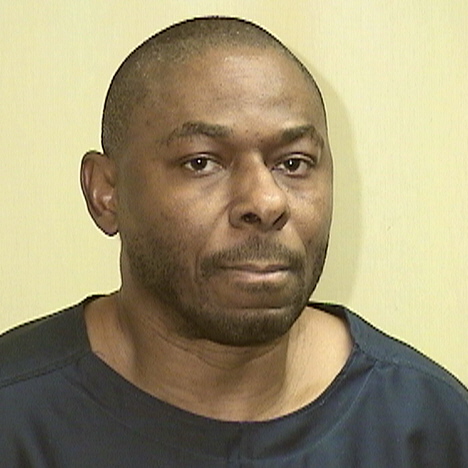 Eric Shields is serving a sentence of 14 to 50 years following his convictions for the Attempted Murder of four police officers.

In June of 1993, Eric Shields was under disability for a prior felony drug trafficking conviction, but that did not stop him from acquiring a 9mm handgun. He was hanging out, drinking with friends and showing off the pistol. It was obvious to his friends that Shields was angry that night. He made comments about “fuck the white man, fuck the police.” When he left his friends, he decided to act on his anger.

Officers John Wainscott and Daniel Pope of the Cincinnati Police Department were on a routine patrol, in a marked cruiser when they heard gunfire in their direction. They looked to the sound and saw muzzle flashes coming from a nearby wooded area. Officer Wainscott accelerated to “break contact”, but not before Shields managed to fire several shots into the police cruiser. Once clear of the area they discovered multiple bullet holes in the cruiser and a projectile was recovered from the trunk. When reinforcements arrived they searched for the shooter, but could not find one. Analysis of the projectile determined it was fired by Shields’ gun. Tragically, a few years later, Officer Pope was shot and killed by a suspect while he was serving a Domestic Violence warrant.

Four days after the ambush, Shields took the pistol to a shooting range to get some practice and improve his aim. Upon his return, he sat in the car with another individual and was seen brandishing the gun. A call was made to police about a man waving a gun around, and Officer Joyce Neville-Lipps and Emmitt Gladden responded to the scene. Officer Neville-Lipps was first to arrive, but waited for Officer Gladden before approaching the vehicle.

The officers approached Shields and asked him what he was doing there. He replied that it was his uncle’s car and that he had only just come out to roll up the windows. Because she had observed him sitting in the vehicle for some time, Officer Neville-Lipps knew this was a lie then asked him for his identification, which he claimed to have left at home. The officers then asked him to exit the vehicle. While Shields was getting out of the car, Officer Gladden noticed Shields move his right hand to under a newspaper that was sitting on the seat. Fearing there was a pistol concealed under the newspaper, Officer Gladden grabbed Shields and placed him in a bear hug. Officer Gladden’s suspicions were confirmed when Shields began firing his pistol.

At least 5 shots were fired while they struggled. Officer Neville-Lipps was shot in the hand and due to her injury was unable to return fire. Officer Gladden was shot in the shoulder, but fortunately his body armor stopped the round. Shields managed to break free and continued to fire shots at the officers as he fled. A K-9 unit tracked Shields to the basement of a nearby home that he had broken into. Officers recovered the pistol from him and a box of additional ammunition from his car. Ballistics matched the pistol to the projectile recovered from the shooting four days prior.

In less than a week, Shields tried to kill four police officers. He managed to shoot two of the officers, and but for his bullet proof vest, one of those might have died. His willingness to target police demonstrates the need to protect society from Eric Shields. The Hamilton County Prosecutors Office strongly opposes the early release of Eric Shields.