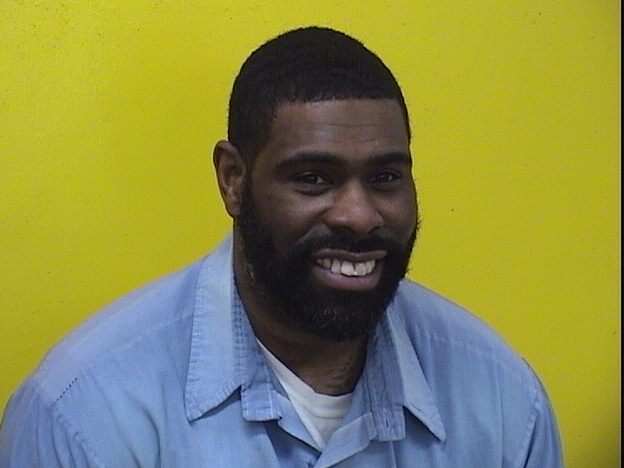 Jason Holmes and Lee Moore wanted to get a new car because the car Moore had was giving them mechanical problems. The plan was for them to find someone driving a new car, rob and kill that person, then Moore would keep the new car and Holmes would get the old car. They drove to a strip mall about 40 miles north of Cincinnati hoping the distance would help them get away with their plan. They parked in a strip mall and waited for the right car to pass by.

Melvin Olinger was a suburban Chicago businessman who was in the area to attend a friend’s funeral and to visit with his ailing mother. When Melvin pulled into the parking lot in his newer Ford Taurus, Holmes and Moore spotted his Michigan license plates and decided he was the perfect victim. Not only were they 40 miles north of Cincinnati, but the victim was from out-of-state and it would take longer for his disappearance to be noticed. They followed Melvin’s car until he parked and went into a tavern to have a drink with a friend.
As Holmes and Moore waited for Melvin to come out, they discussed where they would shoot him. When Melvin came out, Moore approached him with the gun and forced him into the passenger seat. Moore drove around behind the buildings and ordered Melvin into the trunk of the car. He told Melvin that if he cooperated, he wouldn’t get hurt. Melvin complied and got into the trunk. Moore then drove the Taurus and Holmes drove the other car down to Cincinnati where they met up Larry Kinley.
Holmes went up to the door and told Kinley “Come on out and look and see what me and Lee got.” He brought Kinley out and showed him the new car and the victim in the trunk. Kinley then asked Holmes to take over babysitting so he could be part of killing the man. Holmes agreed.

Kinley and Moore drove around discussing where would be the best place to kill Melvin. After some discussions, they opted for a location behind a machine shop. Kinley waited in the car while Moore ordered the man out, took him to a dumpster, and ordered him to empty his pockets. Melvin begged for his life and pleaded with Moore about his sick mother, but Moore executed him by shooting him in the head. When Moore got back into the car, he laughed and asked Kinley, “Did you see his dome get shot off?” As they removed the credit cards and bank cards from Melvin’s wallet, Moore got upset that he forgot get Melvin’s PIN number before killing him. The two then went to get something to drink to celebrate. When they returned to the house where Holmes was, Moore gave him to the gun. Holmes wiped the fingerprints off the weapon and intended to sell it, but didn’t get the chance.

The next day, Moore and Kinley went on a shopping spree using the victim’s credit cards. Because no one had realized Melvin was missing at this point, his credit cards had not yet been reported stolen. Still, people working at a jewelry store found it odd that the two men were buying lots of jewelry and clothing without even asking about the price. They alerted security, who followed them out of the store and saw them getting into the Taurus. He jotted down the names on the credit cards and the license plate number of the car.

Moore then gave Holmes the cards and he got a ride to the mall to go shopping as well. But, when he tried to use the cards he found that Moore and Kinley had already charged them to their limits. Holmes contacted the credit card company and, pretending to Melvin’s nephew, attempted to get the credit limit raised. When he was unsuccessful, he tore up the cards and threw them away.

By now, the Melvin’s father had filed a missing person report. That report, with a description of the Taurus, eventually made its way onto the news. The security guard saw the news report and called in the information he had on Kinley and Moore. Shortly thereafter, they were arrested. Melvin’s frozen body was discovered 6 days later, covered in snow behind a dumpster in an industrial area.

Jason Holmes participated in the premeditated murder of a man whose only crime was that he drove a new car to visit his sick mother and to attend a friend’s funeral. Holmes has only served the bare minimum of his sentence and should not be rewarded by being released at the first possible opportunity. Holmes was sentenced to LIFE in prison and he has earned every day of that sentence.
Hamilton County Prosecutor
Go to Top