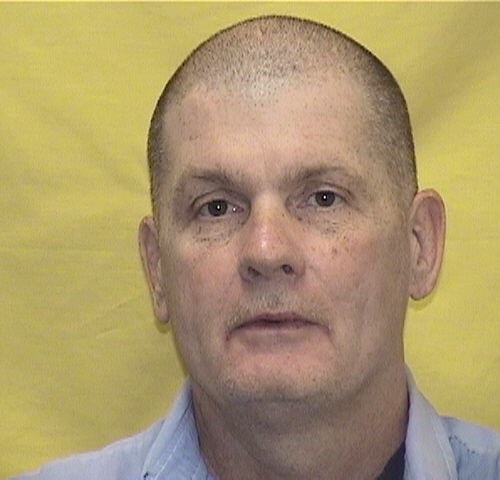 Our records indicate that John Brewer defendant is serving a sentence of 41 years to LIFE following his convictions for Aggravated Murder, 3 counts of Aggravated Robbery, Burglary, and Breaking and Entering in the above case numbers. While this hearing is categorized as a SB256 continued juvenile hearing, only the Burglary conviction in B8101171 was committed before Brewer turned 18 years of age. The remaining convictions were committed after Brewer became an adult. Therefore, the special considerations prescribed in SB256 should not be applied to his Aggravated Murder and Aggravated Robbery sentences.

In the spring of 1983, Monte and Sharon Tewksbury were happily married with three children. During the day, Monte worked as a chemist for Procter and Gamble, but he also worked nights at a nearby convenience store to earn extra money to help pay for his daughter’s college tuition. On the night of April 17, 1983, Monte was working the store by himself when Brewer and a man named John Byrd entered the store wearing masks. Byrd brandished a large bowie knife and the robbers demanded the money from the cash register. Monte complied and gave them all $133.97 from the register. The robbers then demanded Monte’s personal property. Monte again complied and gave them his watch, his wallet and even the registration to his car. Monte balked at giving them his wedding ring, but they insisted and he handed that over as well.

Having gotten what they came for, Brewer and Byrd could have just left the store and driven away. They did not. They had Monte turn away from them, with his hands above his head. Byrd then plunged the 5 inch blade into Monte’s side. The blade penetrated so deeply that it perforated his liver. Monte fell to the floor. Byrd then ripped the store phone from the wall so Monte couldn’t call for help. Brewer and Byrd then left the store to continue their violent crime spree.
Although he was dying and could hardly breathe, Monte managed to drag himself to a payphone and call his wife Sharon. Sharon rushed to the store and got there before the paramedics. At the store, she found Monte lying on the dirty floor. As she held him, he cried and told her the robbers had taken his wedding ring. He told her he didn’t understand why they had stabbed him when he had done everything they demanded of him. He told her he was dying. The last thing he said to her was “I can’t breathe. I can’t breathe.” Paramedics would soon arrive and rush him to the hospital, but Monte died from the massive internal bleeding caused by the knife wound.

While Monte was dying, Brewer and Byrd drove to another convenience store. They donned their masks and entered the next store. Fortunately for the clerk of this store, he saw the wicked bowie knife and had time to lock himself in a back room before they could get to him. As Byrd tried to break into the back room, Brewer grabbed a customer and punched him in the face. Brewer and Byrd then ripped the cash register off the counter and fled with it.

With a description of the getaway van, police were able to locate it, along with Brewer and Byrd. Inside the van, officers found the knife, masks, blood, the cash drawer from the second store and a credit card with Sharon Tewksbury’s name on it. Brewer gave police a false name and several contradictory stories about what they had been doing that evening. His shoes matched a footprint left behind at the second store.

Brewer, Byrd and the driver of the getaway van, William Woodall, were all arrested that evening. All three were convicted of the robberies and the murder. Woodall would subsequently die of natural causes while in prison. Brewer was sentenced to 41 years to Life for his part in the crimes. Byrd, as the man who actually stabbed Monte, was sentenced to death. Before Byrd’s sentence was carried out, Brewer signed five different affidavits, giving five different versions of the events, but all claiming he was the one who stabbed Monte in the back with the bowie knife. The court of appeals and the Ohio Supreme Court did not believe Brewer and thought he was lying to help Byrd when he knew there could be no repercussions against himself because of double jeopardy.

Brewer is a liar and violent criminal. He was not a juvenile when he helped murder a defenseless and completely compliant Monte Tewksbury. He should be treated the same as any other adult murderer. He has demonstrated he will say anything to try to game the system. This board should be very skeptical of any claims of rehabilitation or remorse he offers now.
For his part in the cold blooded murder of Monte Tewksbury, Brewer was sentenced to a maximum of Life in prison and he deserves every single day of that sentence. The Hamilton County Prosecutors Office strongly opposes the early release of John Brewer.