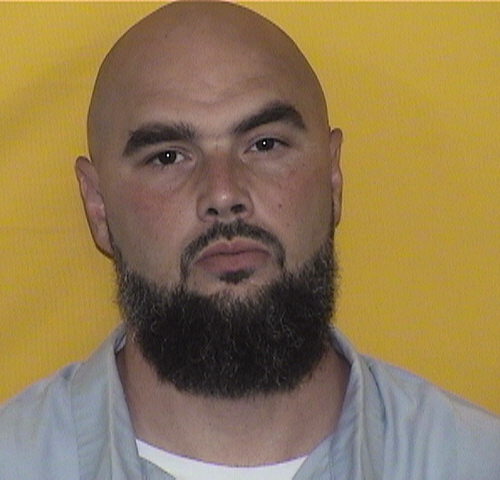 On May 7, 1994, Matthew May and three others were driving around the Hartwell area of Cincinnati drinking alcohol. When they stopped at a United Dairy Farmers, they learned that a friend of May’s had allegedly been assaulted by Robert Hollenberg and Brian Masters who were from Norwood. May and another member of the group were angry about this and wanted to go find Hollenberg and Masters to exact revenge. Brian Prichard, one of the other members of the group asked if anyone had a gun. Randell Edes, who had met the group at the UDF, stated that his father kept a gun at his bar. Prichard then drove the group to the bar, where Edes gave the weapon to May.

When they discovered the gun was empty, one of the others went and got some ammunition which he handed to May. The gun was passed around, loaded and returned to May who kept it. One of the members left the group because he was concerned something bad was going to happen because Prichard and May were acting crazy, with a loaded gun while they were looking for revenge. New members were added to the group and one of them directed Prichard to Hollenberg’s house. On the way, several witnesses testified that Prichard kept talking about “popping” or shooting someone, and stated that anyone who was too scared to “pop” someone should leave.

When they arrived at Hollenberg’s house, the group got out of the car, May with the pistol in his hand. When no one answered their knock on the door, May kicked in the glass panel of the door and opened it. As the group was entering through the front, Hollenberg escaped through the rear. Four people remained in the home. May approached one of them, stuck the loaded gun in his face, and threatened to kill him if he didn’t tell them where Hollenberg was. When he didn’t answer fast enough, May pistol-whipped and Prichard punched him. May then threatened another one of the occupants with the gun, before going upstairs and discovering someone hiding. May brought him downstairs and beat him with a portable radio until he told May where he could find Hollenberg.

May and his crew then got in Prichard’s car and drove off. They once again discussed revenge and “popping” someone. It was in this state that May spotted Larry Kincer walking down the street. May believed that Larry had been “messing” with his brother several months prior and decided it was time to get revenge for that slight as well. May ordered Prichard to stop the car because “he had shit to deal with.” May got out of the car and walked toward Larry with the loaded gun. When Larry saw the gun, he turned to run and May shot him twice; once in the shoulder and once in the head. Larry was 20 years old at the time.

Larry’s 17 year old brother heard the shots, saw Prichard’s car and ran to get his parents who lived nearby. Larry’s parents had heard the shots, but didn’t realize how traumatically relevant they were. They never thought they would find their son lying on sidewalk dying. Medical crews arrived and attempted CPR, but the damaged was done. Larry died the next day at the hospital.

Matthew May was the ringleader of this murderous group. He planned and orchestrated the evening’s events. He went to great lengths to make sure he had a loaded gun before he went looking for someone to “pop.” Larry Kincer was not even the object of May’s rage, but rather a target of opportunity. He executed Larry for “messing” with his brother. May was looking for someone to kill that night, and unfortunately for Larry Kincer he was the first target May found.

Larry was a young man beloved in his community with a bright future ahead of him when May cut him down. May is now 45 years old, with a long life ahead of him. To allow him to pursue the life he stole from Larry would be an insult to Larry’s memory and a slap in the face to the Kincer family who still feels the loss every day. Through his own actions, May has earned every day of the life sentence he received and this office strongly opposes releasing him even one day before that sentence is complete.