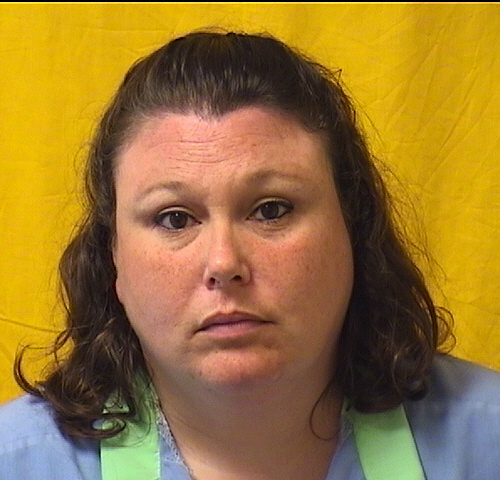 Stella Ellison was an 86 year old grandmother when Mincey Meece brutally murdered her to get money so that she could go to a country music concert in Nashville, Tennessee. On that day in July, Meece was staying with her friend, Therisa Frasure, in an apartment above Stella’s residence. Stella was the landlord of the building. The pair initially went to her and asked for $11, saying it was for cab fare. Stella told them she didn’t have any money to spare because what she did have she needed for her heart medication.

Meece and Frasure left, but soon decided to go back to get the money by force. Their plan was to kill Stella, take the money, and use the money to go to Nashville. Once in Nashville, they planned to go to the Ryman Auditorium and take hostages to force country music singer Reba McIntyre to meet them. After meeting McIntyre, Frasure planned to kill some of the hostages and then herself. To accomplish this they needed guns, and they planned to kill another tenant in the building who they thought would have guns because he was a veteran. They did go to his apartment, but fortunately he was not home and they did not find any firearms.

They then went back to Frasure’s apartment and retrieved two knives they intended to use to rob and murder Stella. They went back to Stella’s apartment and again asked her for money. When she again told them she did not have any money, they shoved her onto a couch and Meece bashed Stella in the head with a clock to knock her out. The first blow, however, was not enough, so Meece struck her again in the head with the clock. But, Stella was tough and continued to struggle as best she could. So Meece grabbed a pillow from the couch, placed it over Stella’s face, and then pressed down with all her weight to suffocate Stella.

Meece held the pillow there for approximately 15 minutes before she removed it and determined that Stella was no longer breathing. Stella was dead. The coroner’s report listed the cause of her death as blunt force trauma to the head and suffocation. After killing Stella, the pair then searched the residence for money and found $27, the $27 Stella had put aside to buy medication for ailing heart.

Because they wanted to meet a celebrity, Meece and Frasure planned and executed the brutal murder of an 86 year old grandmother. Now Meece has served the bare minimum amount of time proscribed by law before she is eligible to be released early from the LIFE sentence she was given. To release her at the first possible opportunity would be an insult to Stella and her family who will never be released from the death sentence Meece imposed by her crimes. Through her premeditated and cold blooded actions, Meece has earned every day of the LIFE sentence she received and the Hamilton County Prosecutors Office strongly opposes her early release.