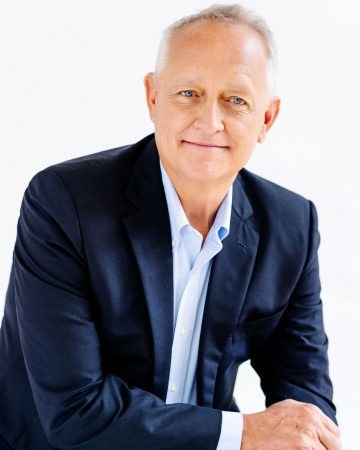 A Message From Joe:

“It’s an honor and privilege to serve as the Hamilton County Prosecuting Attorney. Our office is dedicated to serving the citizens of Hamilton County. I hope our website is helpful to you in explaining the many duties of the County Prosecutor and by giving you someone to contact if you have questions.”

Today, Hamilton County Prosecutor Joseph T. Deters announced no charges will be filed in the Colerain Township road-rage shooting. On January 21, 2022, Colerain Township Police responded to reports of a shooting on Interstate 275 at Blue Rock Road. Upon arrival, police found a Chevrolet Colorado wrecked into the rear of a Sprinter van. Police also found Eric Duke, the driver of the Sprinter van, deceased. Duke was found to have suffered a single gunshot [...]

Today, Hamilton County Prosecutor Joseph T. Deters announced the indictment of Tyler Garrett (DOB 10/21/96) for one count of Aggravated Burglary (F1), one count of Rape (F1), and three counts of Kidnapping (F1). If convicted, Garrett faces a maximum possible sentence of 58 years in prison. On August 14, 2021, the victims were asleep in their home when Garrett entered the home without permission. Garrett entered the living room where T.W. (17 years old) was [...]

Today, Hamilton County Prosecutor Joseph T. Deters announced the indictments of Donte Farrier (12/24/02) and Shakayla Sams (DOB 12/9/02) for the death of their 5-month-old-child Casey and abuse of 2-year-old Sir Major.  Farrier and Sams were indicted for two counts of Murder (SF), three counts of Child Endangering (F2), and three counts of Felonious Assault (F2).  If convicted of all charges, Sams and Farrier face a maximum sentence of life in prison. On December 22, [...]

Joseph T. Deters and his assistants represent the people and government agencies of Hamilton County.

Here is your latest edition of THE WEEKLY RAP SHEET. Be sure to like and follow our Facebook page to continue receiving updates about our local justice system. ... See MoreSee Less

"This decision is a slap in the face to the numerous victims impacted by this guy. There are families who, to this day, do not feel safe in their homes because of his actions.

Our victims, police, and prosecutors agreed to this plea with the understanding that this violent offender would not get out a single day short of his full sentence. We fully expected all parties; prosecution, defense, and the judge to honor this agreement."

You can read more of Prosecutor Joe Deters' comments, as well as additional facts on today's announcement that the Hamilton County Prosecutor's Office will be appealing the decision of Hamilton County Juvenile Court Judge Kari Bloom to grant early-release to juvenile J.H. (name withheld pursuant to law) contrary to the terms of his agreed sentence, here: ... See MoreSee Less

The Hamilton County Prosecuting Attorney's Office is seeking an attorney, licensed to practice in the State of Ohio, to be part of the office's Civil Division.

The Civil Division of the Prosecutor's Office functions as the statutory legal advisor to the Board of County Commissioners for Hamilton County as well as all other elected and appointed officials in Hamilton County. Attorneys in the division work as a team to provide legal services that include negotiating and drafting of agreements, advising county officials and departments on legal matters, and providing representation in court proceedings against county officials, boards and employees.

Interested parties should submit resume materials and a cover letter to triffon.callos@hcpros.org.

Thanks go out to the Cincinnati Police Department's Homicide Unit and to Assistant Prosecutors Leah Dinkelacker and Joe Merschbach for their outstanding work on behalf of our community. ... See MoreSee Less

Here is your latest edition of THE WEEKLY RAP SHEET.