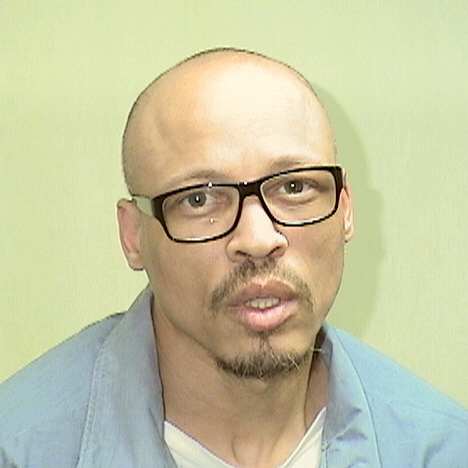 On the evening of July 29, 1986, seven-year-old Trina Dukes was playing on the sidewalk in front of her home at 1622 Logan Street with her seven-year-old cousin, Marcosha Dukes, and a five-year-old boy named Jason. Logan Street is located in the Over-the-Rhine area of Cincinnati adjacent to West Liberty Street. Trina lived with her grandparents at that address.

In the interim, Marcosha became concerned and ran back to Trina's home on Logan Street to tell Trina's grandfather, Robert Dukes (who was called "Big Duke" by the grandchildren), what had happened to Trina. The grandfather at once went to find his granddaughter, taking Marcosha and ten-year-old Marvin Dukes with him.

The defendant had taken Trina to the fourth floor of the Liberty Street building, intending to have sex with the child and wanting her undressed. He told her to undress, and when she apparently did not fully cooperate with him, he choked her, causing her to lose control of her bowels and defecate. The fecal matter was found both on Trina's panties and on the floor of the building. After the defendant removed Trina's panties, something was inserted in the vagina of the child, as evidenced by a scratch-type wound later found during the post-mortem examination.

When Robert Dukes, ten-year-old Marvin and seven-year-old Marcosha arrived at the Liberty Street building, they began calling for Trina. As they entered the building still calling for her, they heard her muffled response coming from somewhere above them. The response they heard was the child's last call for "Big Duke." While climbing the steps to the fourth floor, they heard a crashing sound outside, which they determined to be the impact of something striking the garbage cans located adjacent to the building. Immediately after the crashing sound, the defendant came down the steps and raced past them, stating that "some boys were beating him."

When the three arrived on the fourth floor, they saw Trina's clothing and shoes scattered about, along with evidence of a bowel movement; no one else was present. Looking out the fourth-floor window, they saw the nude body of Trina Dukes on the concrete below, where it had come to rest after apparently striking a fence and some garbage cans. The defendant had thrown the child out the fourth-floor window. Trina was taken to a hospital, where she later died of her injuries.

At the scene, evidence was gathered by the police to establish that the victim had defecated on the fourth floor; fecal matter was found both on her clothing and on her body as she lay on the ground. The investigation further developed that the defendant was a suspect, and that evening Robert Dukes and Marcosha Dukes identified a photograph of the defendant from a group of photographs. When the defendant was later apprehended, his clothing smelled of human excrement and his shirt exhibited stained areas of fecal matter.

The defendant was taken into custody, and after being given his rights, he gave the investigating officers an oral statement and then a taped statement. Orally, the defendant stated that he intended to have intercourse with Trina, but that he was interrupted and had thrown her out the window when he heard people coming up the steps. In his taped statement, the defendant said only that he wanted to look at Trina, giving this as the reason he had her undress, and again admitted that he had thrown her out the window.

The testimony of Dr. Zumwalt of the Hamilton County coroner's office indicated that some of the injuries Trina received were consistent with a fall and that some were not. Those injuries found consistent with a fall were numerous abrasions and bruises found on Trina's head, neck, arms and shoulders. An injury to the left side of her chest was attributed to the body striking a fence post before it reached the ground. The cause of death was described as a blunt impact to the child's head and trunk, along with multiple injuries and smothering. Injuries not caused as a result of the fall were said to include abrasions in and around the vagina, abrasions and bruises on the inner surface of the hips, and injuries as a result of partial asphyxiation.

Based on his actions that day, Powell was indicted for five offenses by a Hamilton County Grand Jury. In County 1, Powell was charged with the aggravated murder of Trina Dukes, a seven-year-old child, with the specification that the murder occurred during a kidnapping. The second count also charged aggravated murder, but with a different specification: that the murder occurred while the defendant committed rape or attempted rape of Trina Dukes. Powell was charged with two counts of kidnapping and one count of rape. A jury found Powell guilty of the first four counts as charged and of attempted Rape in count five. After hearing mitigation during the penalty phase, the jury recommended the death penalty and the trial court imposed a sentence of death.

Subsequently, in 2003, after his convictions and sentence had been affirmed by both the First District Court of Appeals and the Ohio Supreme Court, a federal court ruled there was an error in the how the penalty phase was conducted and ordered that a new hearing be held. At this point, Powell entered into plea negotiations with the state, whereby in exchange for removing death penalty specifications from the Aggravated Murder charges, Powell agreed to a sentence of 38 years to LIFE in prison. The trial court then imposed the agreed sentence.

Before he was returned to prison, and he was still being housed at the Hamilton County Justice Center, Powell assaulted one of the corrections officers. B0410977. While Powell was in the medical center at the jail the officer overheard him curse loudly at one of the nurses. The officer approached him and asked him his name. Powell became irate and aggressive at this question. The officer instructed him to settle down multiple times before Powell lunged at him and began punching him in the face multiple times causing injury.

Powell has already received his benefit of having the death penalty removed and he has not yet served even the minimum of the sentence he agreed to. Prosecutors and victims across the state rely upon agreed sentences when plea bargaining and this panel should not alter the terms of those agreements. Powell bargained for an agreed minimum of 38 years in prison. A minimum sentence should be reserved for only the least egregious violations of an offense. It is hard to contemplate a more horrific way of committing murder than what Powell did that day and his time in prison should reflect that.

Powell is a violent man who terrorized a seven-year-old little girl and then threw her out a window to her death to avoid being caught trying to rape her. His time spent in prison is nothing compared to the horror that Trina experienced as she plummeted to her death. The jury believed Powell deserved the death penalty for his actions, and while that is no longer an option, he should spend the rest of his life behind bars. To release him early would be an insult to Trina’s memory.