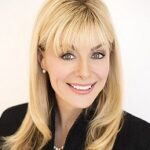 Today, Hamilton County Prosecutor Mark Piepmeier announced that the investigation into Cincinnati Police Officer Christopher Schroder is complete. In 2021, the Cincinnati Police Department conducted a voluntary audit of the Personal Crimes Unit. The Personal Crimes Unit is tasked with investigating allegations of sexual assault and child abuse. As a result of that audit, it was discovered that there were significant problems relating to investigations that were assigned to Investigator Christopher Schroder. The problems were [...]

Today, Hamilton County Prosecutor Joseph T. Deters announced the murder indictment of Dashaun Jones. Jones has been charged with Murder (SF), four counts of Felonious Assault (F2), and one count of Carrying Concealed Weapons (F4). If convicted on all charges, Jones faces the maximum possible sentence of life in prison. On May 29, 2022, following an altercation at the Taste of Cincinnati, Jones, a known gang member, exited a black Volvo and began firing shots. [...]

Today, Hamilton County Prosecutor Joseph T. Deters announced the indictment of Ralph Howell (DOB 1/16/50) for the rape and murder of Cheryl Thompson in 1978. Howell was killed in an automobile accident in 1985. Howell was posthumously indicted for one count of Aggravated Murder (SF), and one count of Rape (F1). On March 24, 1978, Cheryl Thompson went missing after leaving her home to meet her boyfriend at a bar in Oakley. On April 8, [...]

Prosecutor Melissa Powers and the Hamilton County Prosecutor’s Office are ready for the AFC Championship game this weekend!

Melissa Powers began her legal career in 1991 working as an Assistant Prosecuting Attorney in Hamilton County’s Juvenile, Municipal, and Common Pleas Courts. She also practiced in the Appellate Division, arguing cases to the 1st District Court of Appeals. Most notably, in 1997, she obtained the confession from Joseph Paul Franklin, a white-supremacist serial killer. This confession finally solved the 17-year-old double murder of two boys in Cincinnati.

It was during her time as an Assistant Prosecutor where she learned the importance of providing justice and closure to victims of violent crime and their families.

In 1998, Melissa left the Prosecutor’s Office to begin her private litigation practice, where she specialized in criminal defense and civil litigation.

In 2006, Governor Bob Taft appointed Melissa to serve on the Hamilton County Municipal Court. During her 10 years in the Municipal Court bench, she established the first Hamilton County Veterans Treatment Court that incorporated an innovative team approach and community collaboration to address the unique needs of justice-involved combat veterans. This highly successful treatment court was a model used throughout the State of Ohio as it concentrated on reducing recidivism by focusing on alcohol/drug addiction and Post Traumatic Stress therapy.

In 2016, Melissa was elected to serve on the Hamilton County Juvenile Court. There, she presided over custody, dependency, and delinquency cases; including hundreds of violent felonies committed by juvenile offenders. Melissa was the Juvenile Court Administrative Judge from 2020-2022.

As Administrative Judge, Powers was responsible for managing 300 employees and a $35 million budget.
Melissa is a lifelong Cincinnatian, graduating from McAuley High School in 1979, the University of Cincinnati in 1984, and the University of Cincinnati College of Law in 1991. She has served on numerous boards, including Cincinnati Works, Operations Legal Help Ohio, Cincinnati Fire Foundation, and the Tri-State Veterans Community Alliance. Melissa is married and is the proud mother of four children and grandmother of four grandchildren.

When it became clear that Joe Deters was leaving, I felt a sense duty and obligation to the city I love and the office I love. We, and our law enforcement partners, are the people standing in the gap – the people who hold the line. We are the difference between safe neighborhoods and lawlessness.

I look forward to serving the people of Hamilton County.” ... See MoreSee Less